FRIDAY STIR FRY - Another Story From The Hood 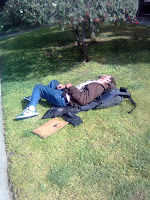 I've missed posting the last couple of weeks. Why? Well, since I retired, I lose track of my days. They all just kind of melt into each other. Usually by Sunday I realize I missed Friday somehow. Today I remembered what day it is. Congrats brain. Anyway, here's another story from the hood where I used to live.
One night after dinner and a couple beers at my favorite watering hole, I pulled into my driveway. My headlights illuminated what appeared to be somebody sleeping on my front porch. I always entered my house by the back door, so I got in safely. I cracked open my front door and sure enough some guy was laying on my porch. He had his head propped up against my storm door like it was a headboard. I closed the door and called 911.
"What's your emergency?"
"There is a man sleeping on my front porch."
"Is he breathing?"
"I don't know."
"Is he bleeding?"
"I don't know and I'm not going to check."
I lived just a block from an ambulance station so that's who they sent. I cracked my door again so I could listen. They shone a spotlight on him and shook his shoulder.
"Hey man. Wake up."
"Leave me alone. I'm tired."
"I understand you're tired, but you are trespassing on somebody's property. You can't stay here."
He slowly sat up and a beer can rolled off him onto the porch.
"How many beers have you had?"
"Just a couple."
"Uh huh," the other attendant muttered.
He shielded his eyes from the spotlight still shining on him.
Now, it just so happened the television show COPS was filming in my town.
"Am I gonna be on COPS?" He sounded rather excited.
The ambulance attendants could barely stifle their laughter. I covered my mouth because I had to giggle.
"No man, you're not going to be on COPS. You need to get up and move on down the road."
"Okay, okay. Where's the nearest Brown Derby, man?" (that is one of our area liquor stores and one was located a block away - which was one of the reasons my street was so popular with boogins) The ambulance attendants gleefully told him where it was.
He stumbled down the street, probably to find another porch to sleep on. I doubt if he had money for more beer.
I sure miss the hood.
Posted by Wanda Kay at 12:46 PM 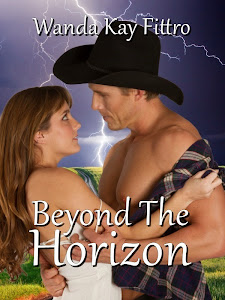 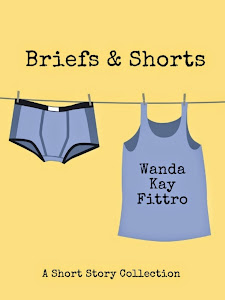